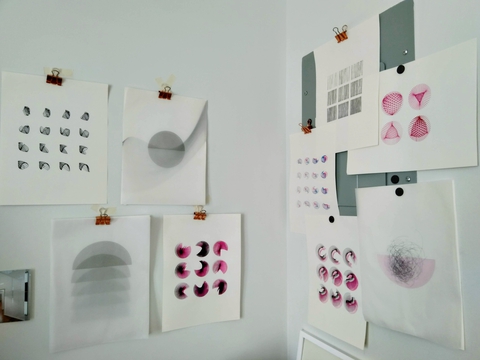 It’s been a year since I last blogged. Here are some things I’ve been up to. All photos and comics are my own.

I made the move from Singapore to NYC! This had been a long time coming, and it was good to be back since my Recurse Center batch. It felt like a small homecoming. 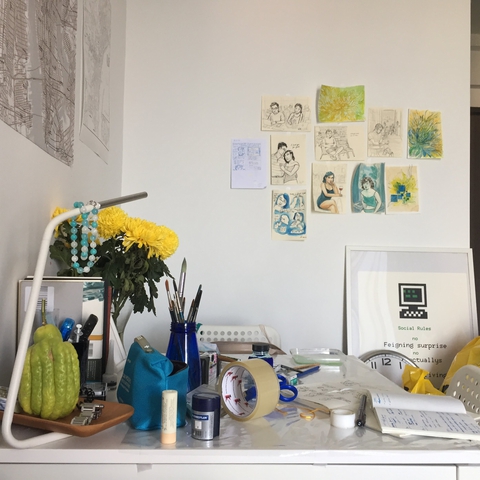 Saying goodbye was bittersweet. I built a life in Singapore. I made friends that I miss today. 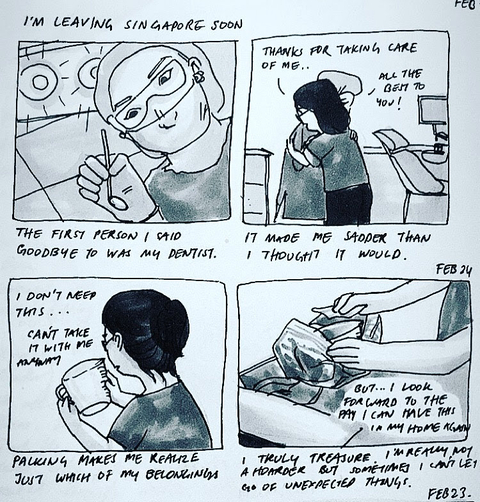 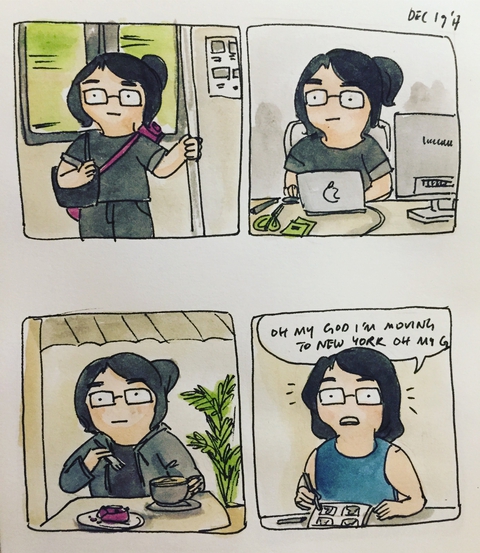 But it was time to move on. And it was an exciting time. 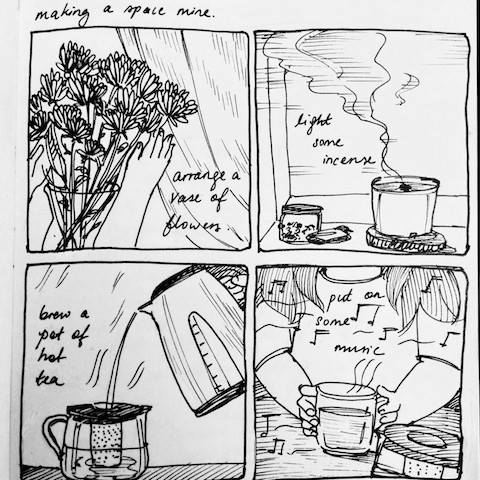 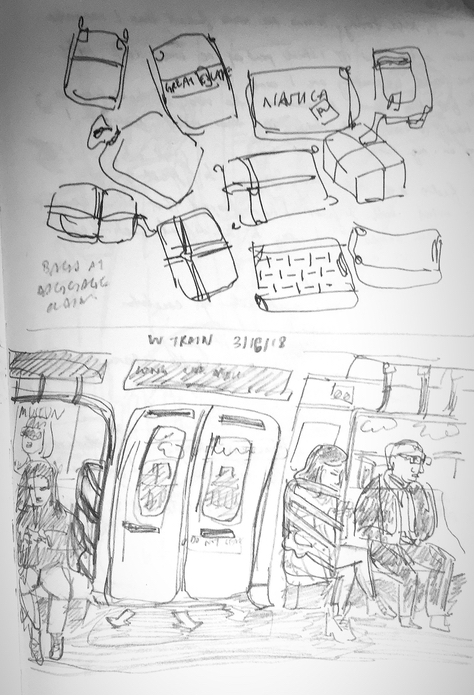 Brooklyn is my home now. NYC is as gritty and hectic as I remembered it, but I think I’ve made my home here. I’ve lived in 5 different cities over the last 5 years, which means I’ve moved around a lot. Every move is an opportunity to start with a blank slate. It’s hard to build from scratch, but little rituals make it easy. 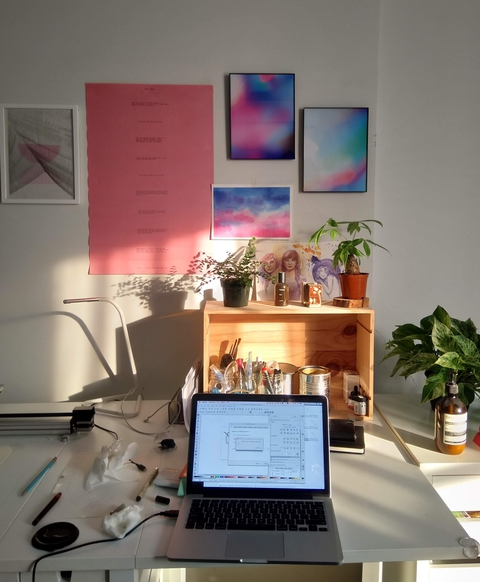 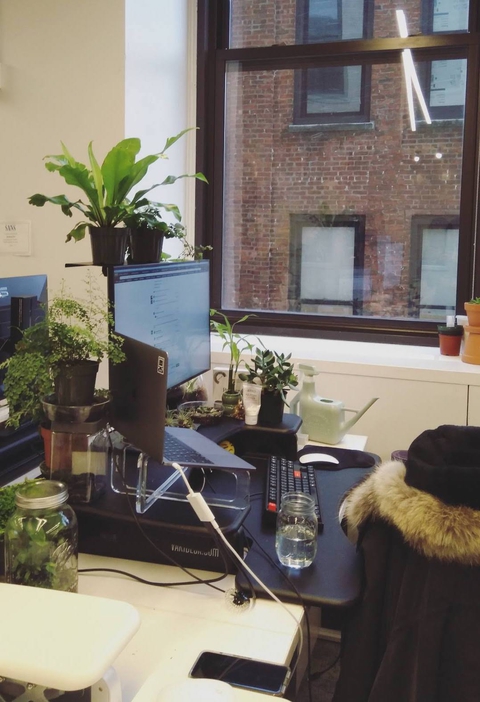 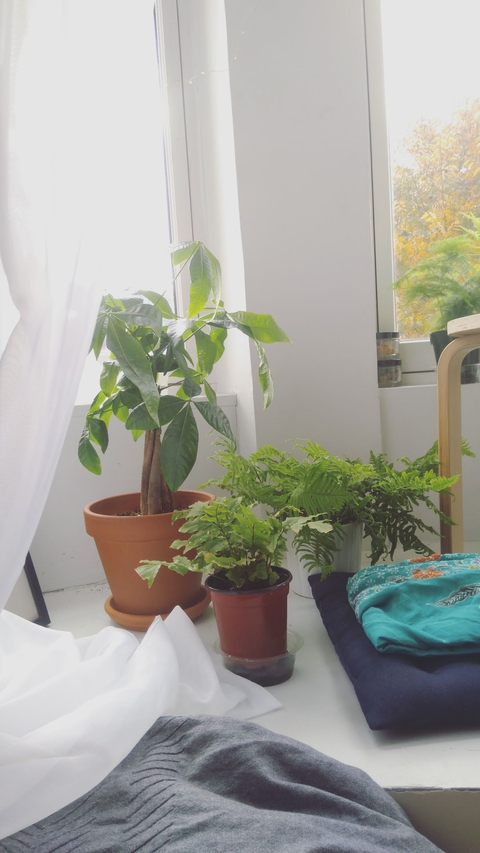 I started putting more effort into houseplant care. I used to have a few small ones in Singapore, but I never took proper care of them. Spending some time to research plant care and to be patient with them paid off in the most wonderful ways. There’s something fulfilling about caring for another living being.

I drew a short comic about the experience for Inktober 2018. 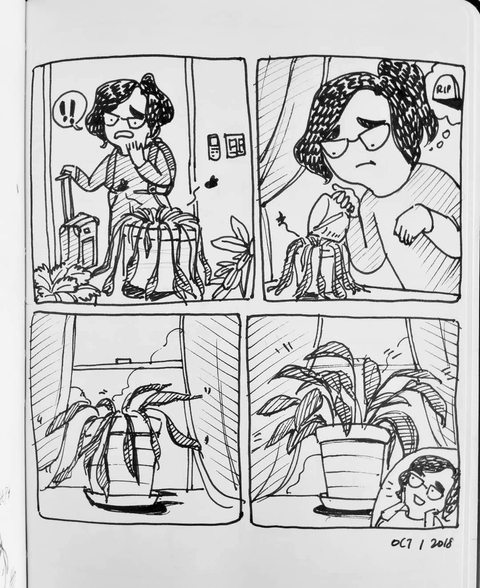 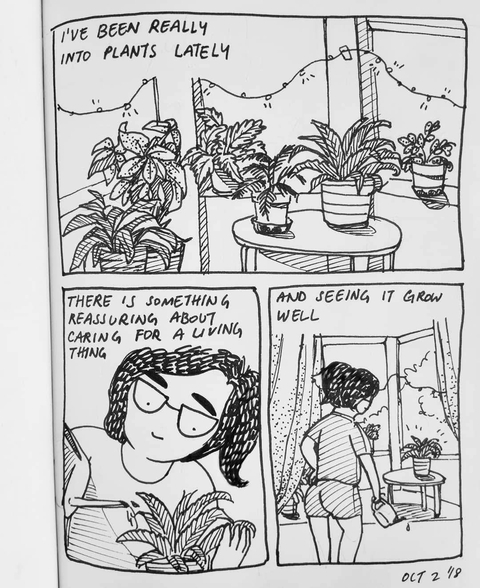 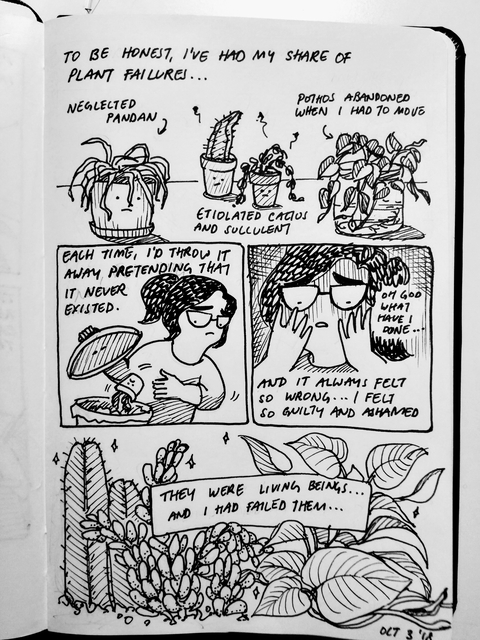 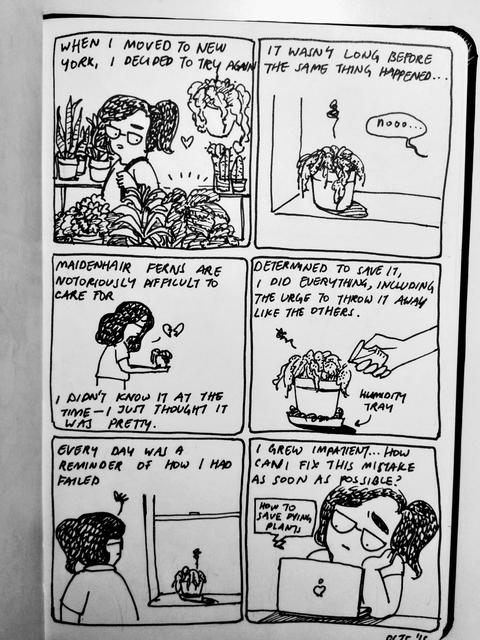 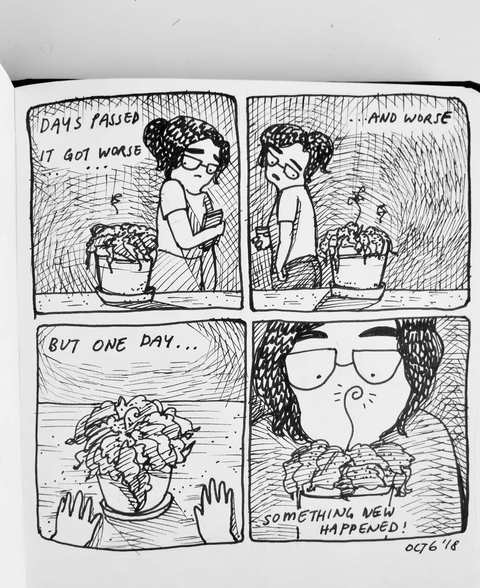 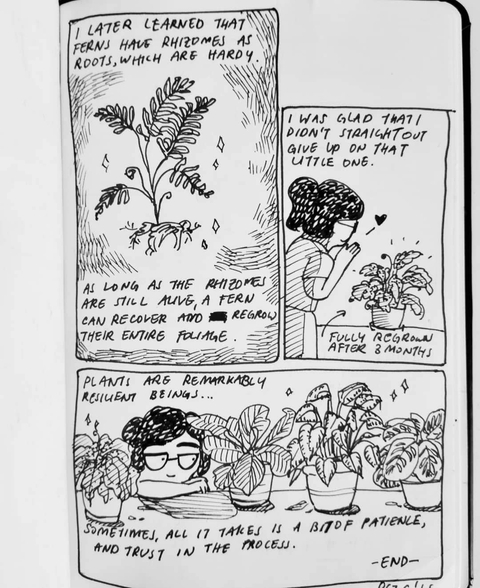 For the curious, the maidenhair fern in question is doing quite well now, thank you. 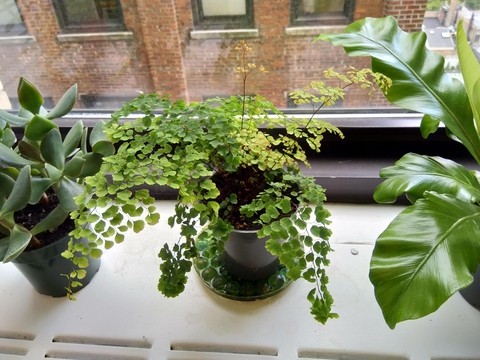 Being in NYC put me in close proximity with a lot of wonderful art museums. Been thinking a lot about evoking emotion with simple forms, light, and colors. 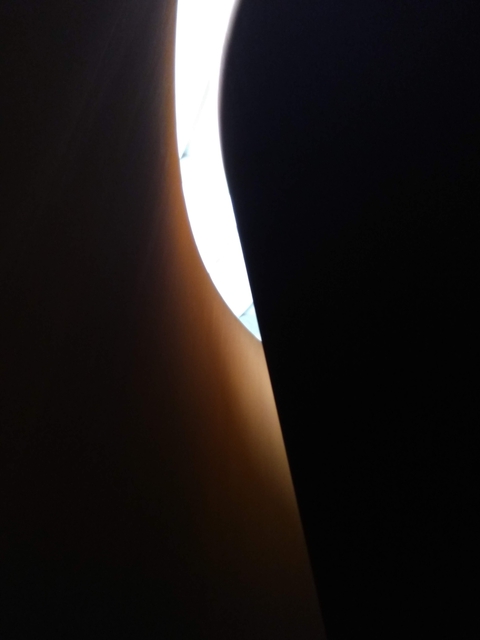 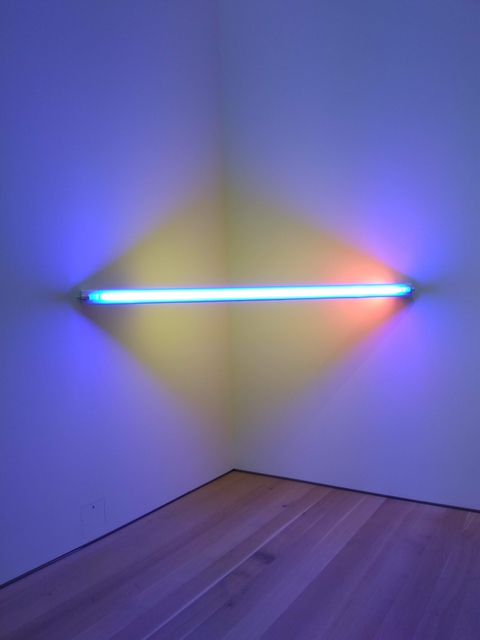 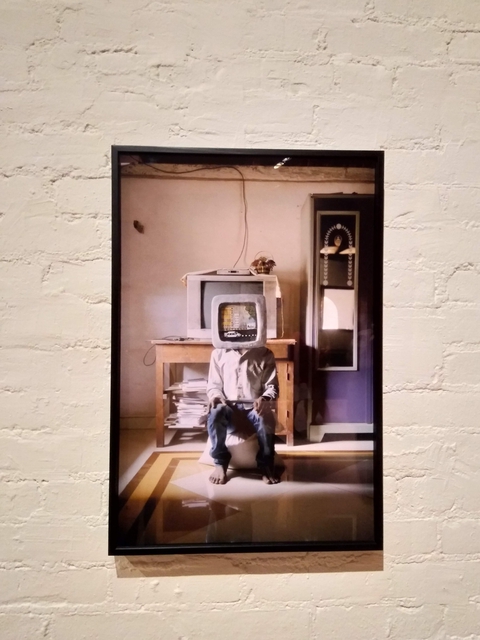 Much love to all the people who brought me to these magical places.

Argulably one of the most exciting tools I have had the pleasure of working with, the Axirdraw V3/A3 plotter. A plotter is basically a drawing machine. You can give it a SVG and a pen and let it do its thing. Something about watching a work created in the digital realm come to realization in the material world is quite delightful to watch. 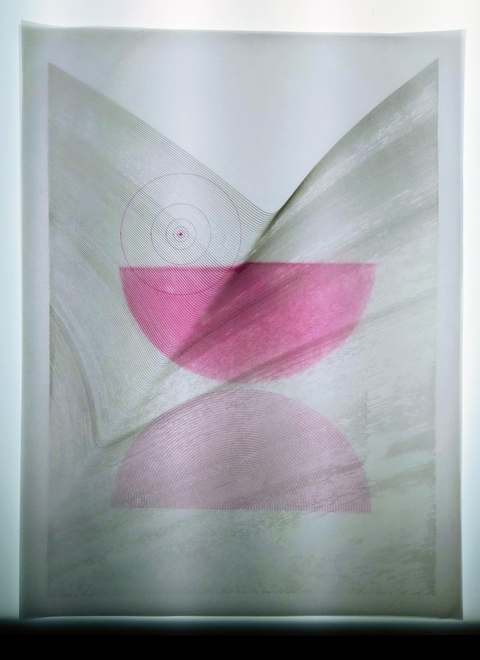 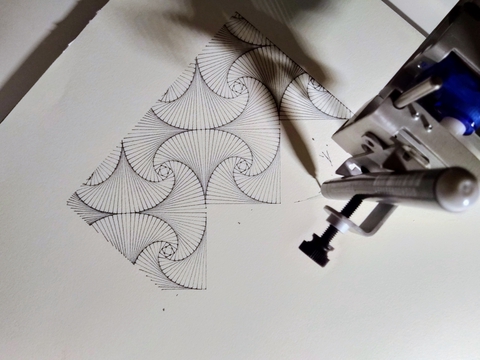 It was interesting learning to work with SVGs. I’d been so use to canvas style drawing via p5.js that it took awhile for me to think in terms of vector units. I made a simple interface to output in both SVG and p5 canvas.

The year wasn’t without it’s fair share of struggles. I make comics as a way to cope with them. Here are a couple: 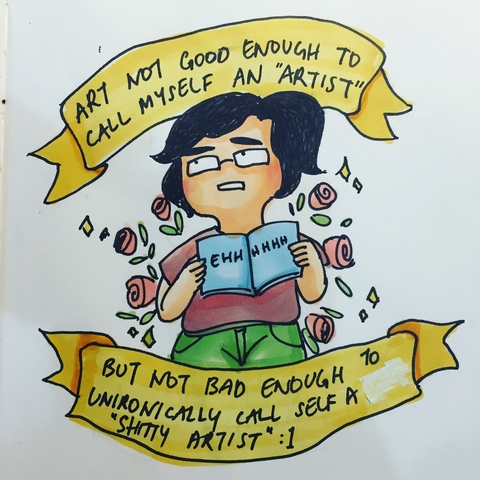 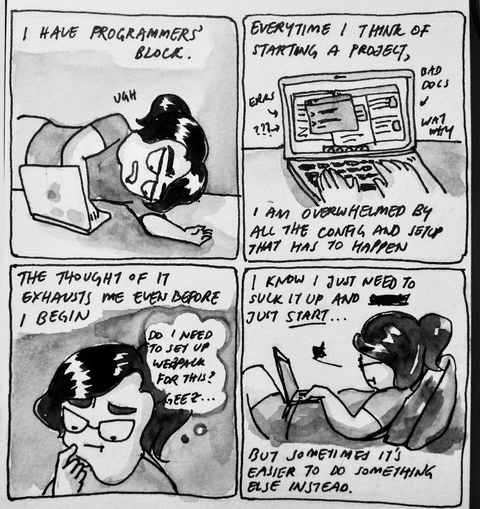 I’m still figuring out how to be at peace with all the not-so-good work I’ll have to produce before it starts getting good. Like with programming, I don’t think there are any shortcuts to getting good at comics or drawing. It’s a whole lot of practice, but intentional practice.

Practicing the balance between working hard, but not too much that you burn out. 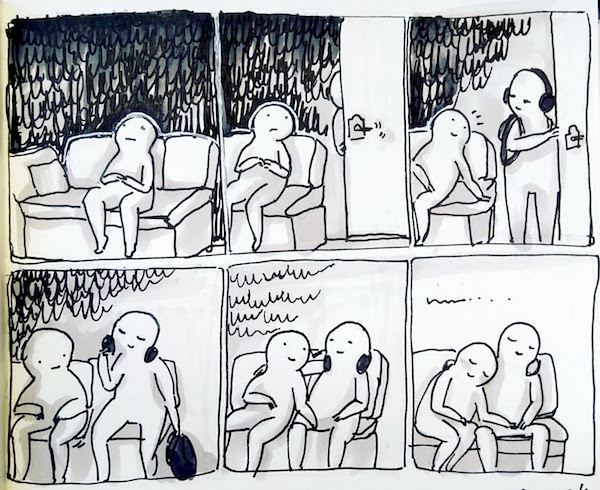 And sometimes, it just helps to have someone be there for you. Thank you, you know who you are :)

For reading, and I hope you enjoyed this visual update.

As per my annual tradition, here is my self-portrait of the year. I got new glasses :) 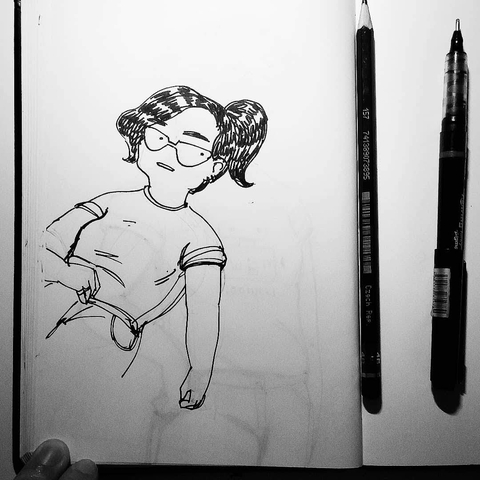